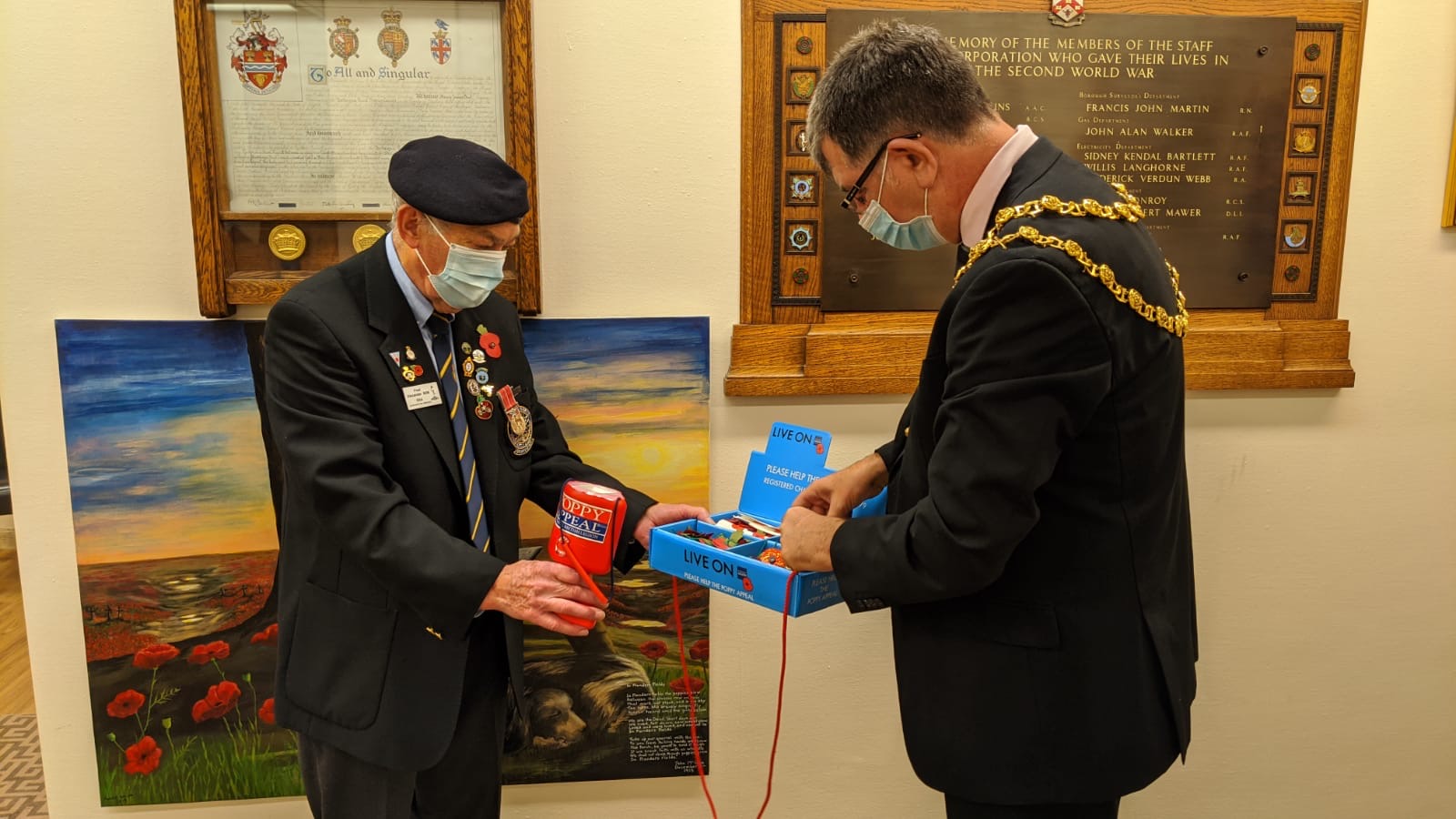 The Mayor of Darlington Chris McEwan met with members of the Royal British Legion to formally commence the town’s fundraising campaign.

In a small ceremony in Darlington Town Hall – owing to Covid-19 restrictions – the Mayor hung a wreath at the venue’s memorial plaque and spoke about the history and importance of the appeal.

He also unveiled a painting of poet and First World War Lieutenant-Colonel John McCrae, who penned In Flanders Field while on the frontline.

The painting was created by Mayor McEwan’s mother, artist Anne Smith, in 2019 and was previously displayed in the ‘Poppies for Remembrance Exhibition’ at Haughton Methodist Chapel.

The painting, together with a copy of Lieutenant-Colonel McCrae’s poem, can now be viewed in Cornerstone Arts Centre, on Northgate.

They are joined by a large poppy – made up of 189 knitted poppies – which was produced by ‘Haughton Poppy Girls’ Carol Atkinson, Elsie Murray and Joan Thompson.

The items will remain on show at Cornerstone Arts Centre until 12.30pm on Friday, October 30, and may be moved to other venues in the town if possible.

This year’s Poppy Appeal will be different to previous campaigns, with the Covid-19 pandemic forcing the cancellation of many events and restricting the number of veterans and volunteers able to sell poppies on the streets.

However, supporters will still be able to buy poppies from some supermarkets, with the Royal British Legion also urging people to request poppies through its website, which they can then distribute among family and friends.

The Mayor said: “It was a great honour for me to officially launch Darlington’s Poppy Appeal and begin another year of fundraising for such a wonderful cause.

“The people of Darlington always show great support to the appeal, and I’m sure that this year – despite the impact of Covid-19 – we will again see fantastic recognition for our veterans and those who have given their lives in conflicts around the world.

“The Royal British Legion volunteers do the most wonderful job across the borough, and I’d like to pay tribute to their efforts, particularly during these challenging times.

“I encourage everyone to visit Cornerstone Arts Centre to see the painting and the large poppy.

“From a personal perspective, I am incredibly proud that my mother’s depiction of Lieutenant-Colonel McCrae has helped launch our Poppy Appeal, and I’m equally delighted we are showcasing the terrific work of Carol and her fellow ‘Haughton Poppy Girls’ Elsie Murray and Joan Thompson.” 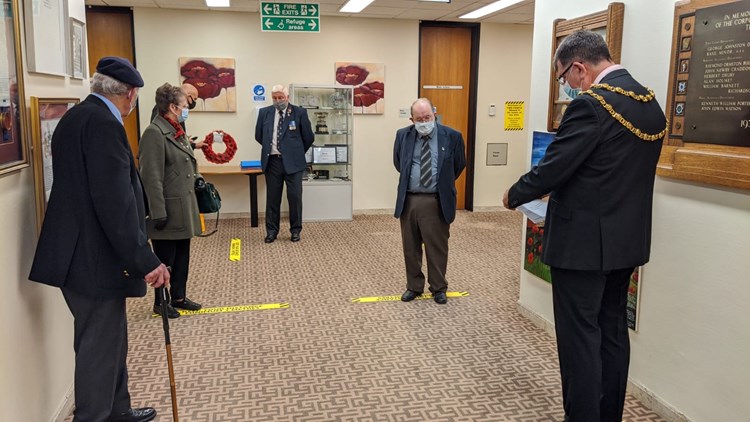 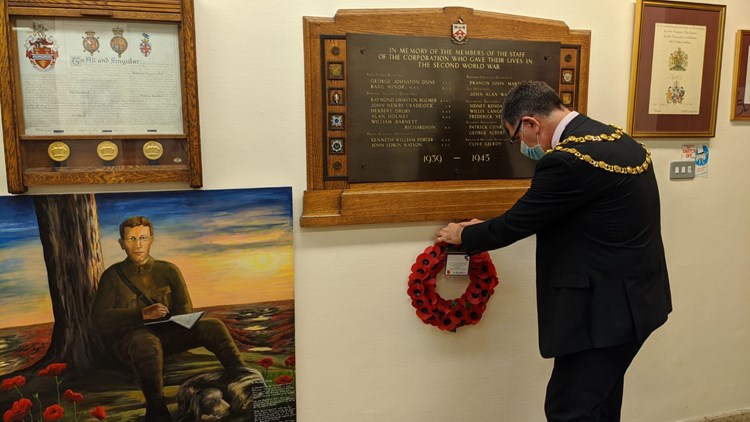