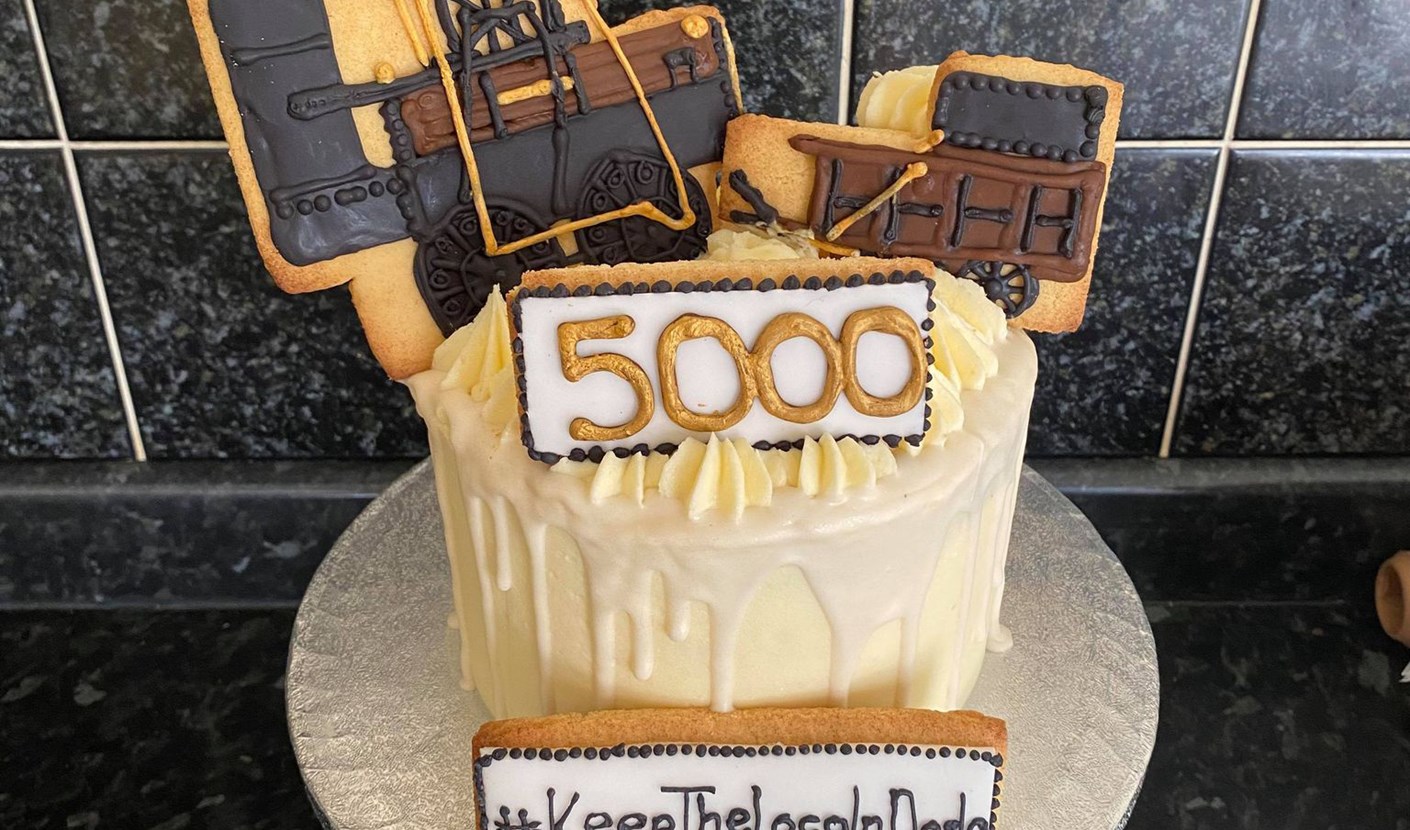 The campaign to keep George Stephenson’s Locomotion No1 in Darlington has reached a significant milestone.

Following the launch of the campaign on Friday 9 October the Keep The Loco In Darlo petition has gained its 5000th signature and a special Loco cake has been created to help celebrate the achievement.

The cake was created by Hayley Walker from Hayley Cakes Durham in support of the campaign to keep Locomotion No 1 in Darlington.

Hayley says: “Baking has always been a stalwart of fundraising efforts, so it’s not surprising that the Keep The Loco in Darlo team and I decided to use cake to not only raise the profile of the campaign but to celebrate its progress. I grew up in Darlington and know how important the town’s history is and how tenacious residents are, so naturally I jumped at the chance to help both! I hope the combination of cake and iced biscuits continues to inspire the people of Darlington to support the campaign as much as Locomotion No 1 inspired me to make this cake.”

For more than 160 years, the locomotive has been looked after by the people of Darlington, and since 1975, it has been on permanent display at the Head of Steam, Darlington’s railway museum. As a national asset, Locomotion No. 1 is part of the National Collection and is therefore under the control of the National Railway Museum (NRM), part of the Science Museum Group. Now, the NRM has revealed plans to move it out of town.

Councillor Heather Scott, Leader of Darlington Borough Council, says: "Keeping Locomotion No. 1 in Darlington is crucial for our 2025 celebrations – it’s unthinkable to imagine it anywhere else but Darlington for the 200th anniversary of the world’s first passenger railway. 5000 signatures is a fabulous achievement and Hayley’s cake is another example of the people of Darlington and the surrounding area showing their support for the campaign in highly creative ways.”