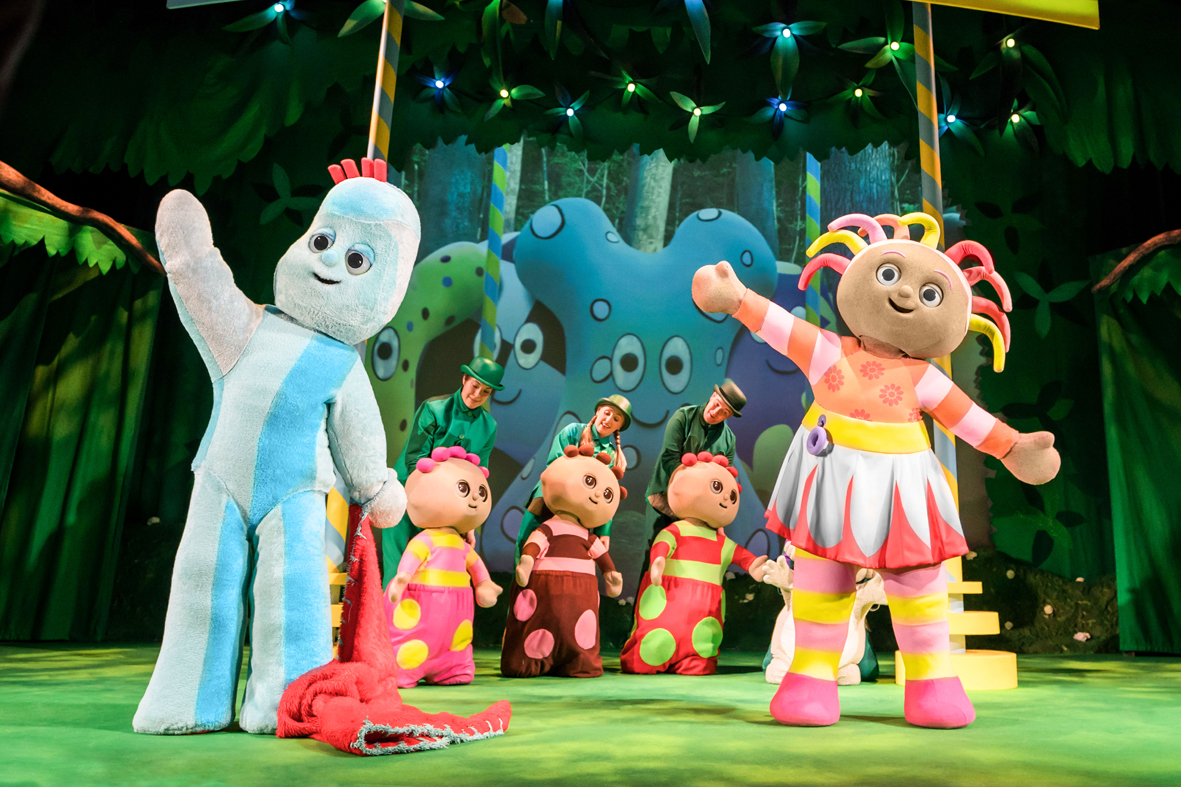 Children’s TV favourite In The Night Garden is embarking on its first UK stage tour and is coming to Darlington Hippodrome  on Saturday 28 and Sunday 29 September. Lucy Tobin caught up with In The Night Garden Live Creature and Costume Designer Tahra Zafar. 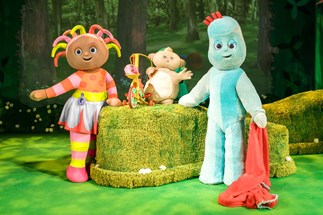 Tahra Zafar is the animatronics, puppet and costume maestro whose career spans blockbusters Harry Potter and the Philosopher’s Stone and Star Wars VII, theatre including Phantom of the Opera, Lady Gaga’s Monster Tour - and even a spell working with the Queen on her first and only acting role. Tahra was head of costume for the Olympic and Paralympic Opening and Closing Ceremonies at London 2012 - where Elizabeth II was one of 23,000 people that she had to dress.

But ask the creative whiz what character she’s most proud of working on in her three decade-plus career, and the answer isn’t Hermione, Gaga or R2D2 - it’s Upsy Daisy, the ever-happy doll with rainbow-coloured hair, who Tahra designed for the original TV show of In the Night Garden.

“She’s just smashing,” Tahra beams. “Upsy Daisy is a girl character who avoids the usual stereotypes - she isn’t overly bossy, or stuffed with props. And she’s a star of one of the most popular pre-school shows ever; I’m very passionate about young kids’ entertainment - it’s such an exciting thing to be the first one to show something creative to children.” BAFTA award-winning In the Night Garden remains one of the most popular children’s television series ever made: one of its 100 episodes are still screened nightly and are regularly on iPlayer most-watched lists - despite no new episodes having been made on the 12-year-old show since 2010. 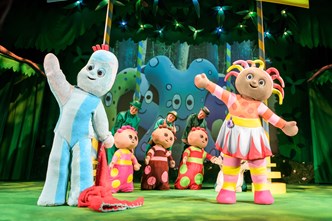 Lucky then for In the Night Garden’s characters - who include blue cuddly Igglepiggle, cave-dwelling Makka Pakka, the Tombliboos and their awkward trousers, and the family of Pontipines, as well as Upsy Daisy - that there’s still one way for pre-school children and their parents to discover new adventures taking place in the picture book-like Garden: at the brand new, live UK theatre tour of more than 50 venues which heads to NAME OF VENUE on DATES.

The show tells the tale of Igglepiggle’s Busy Day, as he hunts for his friends by following their funny sounds until he finds them all - and fans will recognise all of their favourites. Tahra has spent months working on the design and costumes of the puppet characters for the new live show: “because, to the children in our audience, In the Night Garden’s characters are like friends that they know really well: they have to look exactly as they do on their home screens. The puppets have to be perfect.”

The puppets’ design is in safe hands, though: Tahra first designed Upsy Daisy more than a decade ago. “Working on her was my first job after I returned from maternity leave with my now 14-year-old,” she laughs. “I used to bring my then-toddler into the workshop, and the crew would all watch how she responded to our characters - luckily, she laughed at all the right times!”

Tahra, who is now 53, worked with Andrew Davenport, creator of In the Night Garden who was also responsible for The Teletubbies, on the original billing of the show: “Andy had drawn beautiful pictures of Upsy Daisy, the Pontipines, we built them and tweaked them, from the petals on her foot, to working with child psychologists on how children responded to and played with the characters.”

To the average grown-up, In the Night Garden might seem to have a strange plot and cuddly toys talking a lot of gobbledegook to the soporific backdrop of a lullaby-like soundtrack. “But whilst the noises might sound odd to adults, the characters’ names, words, and actions are all things that pre-schoolers can say,” explains Tahra.

The world of Wontingers appears to be a long way from the glamour of Star Wars or the celebrity of the Jim Henson Creature Shop, where Tahra worked for a long spell, including on the Hitchhiker’s Guide to the Galaxy. But the costumier says every previous role she has worked on has fed into In the Night Garden.

“In fact, I feel a lot of similarities with the atmosphere when I was working at Jim Henson - because the love we had for all those Muppet characters is what we feel for In the Night Garden, and we’ve already got generations of people loving them.”

At the Olympic and Paralympic opening and closing ceremonies, Tahra’s role as head of costume, hair and make-up meant overseeing 23,000 outfits that had to be visible both in jewel-like detail, under the close-up camera lens, and in big, sweeping vistas for the in-stadium audience. “That’s also been really important in our designs for In the Night Garden Live,” she adds. “Scale is really important - the puppets need to be proportionate to work with people, the characters have to look as they do on screen, but expressive enough to be seen from anywhere in the theatre. There’s a lot of mathematics behind the scenes.” 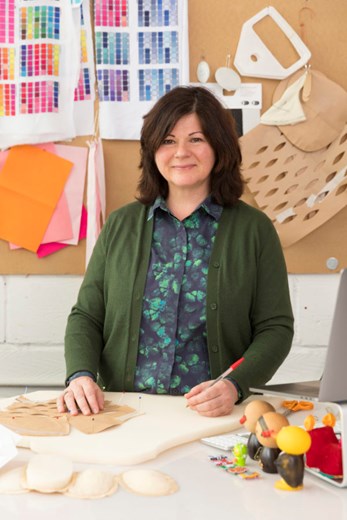 When Tahra was Upsy Daisy’s age, her dream job was “to be a fairy godmother,” she remembers. That career aspiration didn’t seem achievable (although some transformed by Tahra’s costumes might say she’s got pretty close), so she decided to study a BA in theatre design at Central St Martins. Tahra’s first job was working on costumes at the English Shakespeare Company; her next was on Phantom of the Opera, and then came the step onto screen, working in the offices of Kermit and Miss Piggy at the Jim Henson Creature Shop.

Her career escalated from there - leading Tahra to feel passionate about encouraging other future backstage whizzes. “Kids who don’t fit into the box that makes them successful ‘traditional’ school students feel like a failure - which is awful. They might have incredible other skills, like loving making things, or brilliant technical nouse - there are so many avenues to go into, career-wise, that people just don’t know about. I go into a lot of schools to talk to kids about what I do.”

The designer is also passionate about the importance of children’s theatre under the shadow of cuts to the arts in schools. “Straitened budgets and a 1950s-style emphasis only on reading, writing and arithmetic means that creativity is being sucked out of schools,” she believes. “That’s why it’s more important for us on In the Night Garden Live, and in children’s arts in general, to make sure we do our jobs really well. We have a responsibility to get everything right to fill that gap.”

Children’s theatre, Tahra adds, “is all about being together, taking in a shared experience, escaping everyday worries, being taken somewhere different. The previous tour of In the Night Garden Live was in a huge showdome, so there were restrictions about where it could pitch up. This time, touring more than 40 regional theatres, we can go to new areas; Igglepiggle and Makka Pakka can meet more of the next generation.

“I love sitting in the audience and seeing all these very active toddlers watching the show, entranced - they’re completely still, blown away by it. It’s magical to see.”

In The Night Garden Live runs at Darlington Hippodrome on Saturday 28 and Sunday 29 September.